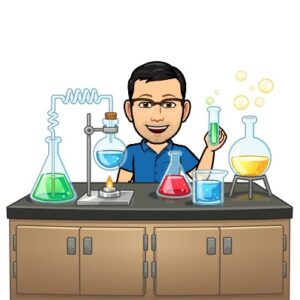 Tom was born in New York, NY in 1973. He received his B.S. in Chemistry from the University of Delaware in 1995. As an undergraduate, he investigated a route towards the total synthesis of taxol under the tutelage of Professor Douglas Taber. Tom then moved to Richmond, VA to begin his graduate studies at Virginia Commonwealth University working with Professor Richard A. Glennon. His graduate work focused on design and synthesis of selective h5-HT1D ligands as potential antimigraine agents culminating with a Ph.D. in 2000. Tom then traveled to National Institute of Diabetes and Digestive and Kidney Diseases as an Intramural Training Award (IRTA) Postdoctoral Fellow in the laboratory of Dr. Kenner C. Rice, where he investigated drugs subject to abuse and treatment agents.

He began his independent career in 2003 and subsequently rose through the ranks at the Universities of Iowa and Kansas prior to the University of Kentucky where he is currently a Professor of Pharmaceutical Sciences. His research combines medicinal and natural products chemistry and is directed toward elucidation of the structure and function of neurotransmitter systems in the central nervous system in normal, drug-altered and pathological states and the development of medications for the treatment of drug abuse and pain. Tom is the recipient of a number of awards including a Jack L. Beal Award from the Journal of Natural Products (2006), a Matt Suffness (Young Investigator) Award from the American Society of Pharmacognosy (2008), a Joseph Cochin Young Investigator Award from the College on Drug Dependence (2011), a David W. Robertson Award for Excellence in Medicinal Chemistry from the Division of Medicinal Chemistry of the American Chemical Society (2012), the inaugural Innovator Award from the College on Problems of Drug Dependence (2018), and a Rho Chi Excellence in Teaching Award at the University of Kansas (2018).